Chuck DiTrapano, RPh and Bailey Klingaman discuss the dangers of distractions and interruptions in the clinical setting, and provide numerous solutions to help reduce the risk of harmful medication errors and improve patient safety. Anyone who has worked in any healthcare setting can attest to what the Institute for Safe Medication Practices (ISMP) and others […] If you have ever had a prescription filled in a pharmacy, received an IV infusion in a hospital, or received a medication in a nursing home, you have received services from a pharmacy technician. Who are these people? How are they trained? The answer to these questions is both complex and inconsistent but can be […] Minimizing Risk with Standardized IV Care for the Infusion Center 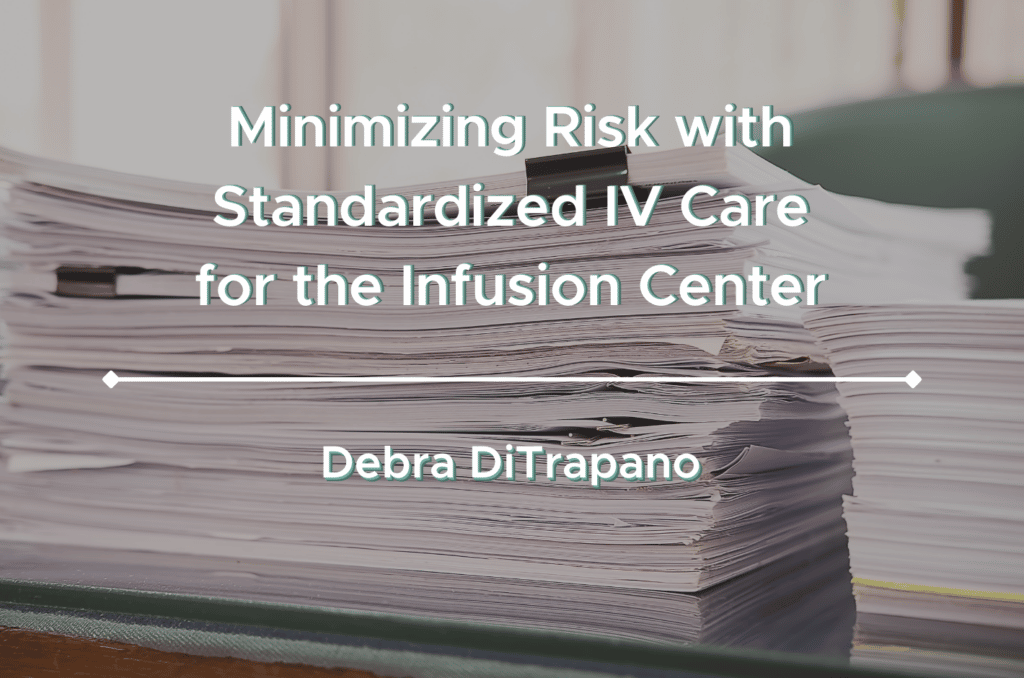 In recent years there has been a plethora of new infusion and injection therapies flooding the healthcare market. These new therapies are giving patients with chronic illnesses a broader range of treatment options and providing them the opportunity to live their lives with fewer debilitating chronic symptoms. As an Infusion Center Nurse Manager, with over […]

Safety and Standardization in Labeling and Repackaging Packaging and labeling are believed to be the cause of 33% of medication errors and poor label design is cited as a potential cause. In 2016, the FDA released guidelines for safe labeling and repackaging acknowledging that improper repackaging of drug products can cause serious adverse events stating, “Because labeling, packaging, and nomenclature have been […] Thank you to Rayburn Vrabel, former President and Principal Consultant at Vrabel Consulting Inc., and current Medication Systems Strategy Advisor, for allowing RxToolKit to publish his article, as originally seen on LinkedIn May 15, 2015, about the systems and practices that affect IV room safety. Last week in Mark Neuenschwander’s Point of Care Forum (www.pointofcareforum.com), […] Insulin: One Patient – One Pen “Health care has safety and quality problems because it relies on outmoded systems of work. Poor designs set the workforce up to fail, regardless of how hard they try. If we want safer, higher-quality care, we will need to have redesigned systems of care, including the use of information technology to support clinical and administrative […]